Harry Potter and the Philosopher's Stone by J.K. Rowling 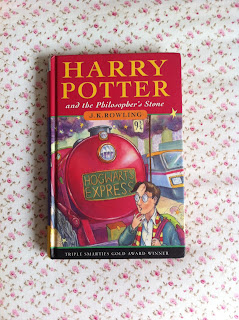 This is the third time I've read this book and I'm pretty sure almost everyone (if not everyone) reading this will already know a lot about the Harry Potter series so I'm going to keep my review quite brief.

Every time I go back to the Harry Potter books I fall in love with them all over again. Having not read the full series since I was about 10 I decided this summer was a good time to re-read them and I'm completely in the Harry Potter mood already. It's so easy to see why these books have such a massive following and, in my opinion, they fully deserve it.

I also re-watched the film after finishing the book and it's still as good as ever, even if it is beginning to look slightly dated (because of things like the special effects).

If, for any reason, you've not read this book please read it. You won't regret it.

Lucy x
Posted by LucyTregidon at 14:05 No comments:

The Lover's Dictionary by David Levithan 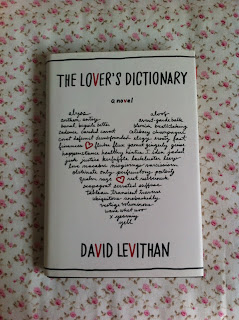 The Lover's Dictionary is a love story told in dictionary extracts.

This is the third David Levithan book I've read and the more I read his work the more I fall in love with his writing. This is a very quick read (it took me about 3/4 hours I believe) because his poetic style flows so beautifully that it is impossible to put down.

There's not much I have to say about this book other than I thought it was really beautiful. I'd definitely recommend it to anyone who's interested in reading poetry or anyone who is just a fan of beautiful writing in general. Yet again, David Levithan didn't disappoint and I look forward to reading more of his books.

Posted by LucyTregidon at 16:31 No comments:

James Potter and the Hall of Elders Crossing by G. Norman Lippert 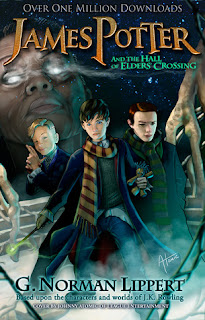 405 Pages (according to Goodreads)

James Potter and the Hall of Elders Crossing follows James Potter (Harry's son) during his first year at Hogwarts as he and his friends fight to stop the world of magic from being revealed to the muggle world.

This is definitely a must read for any Harry Potter fans. I'm a Harry Potter fan however I have not read each book 10 times like some truly dedicated fans. I really enjoyed this book because after the final installment of the Harry Potter series, I found myself wondering what would be next for the characters (more so than other series/novels) and this provided an answer for that. One thing I really loved about this book is that it incorporated so much of the original series, from just the characters right through to little details such as the Marauders Map having blank spaces where the castle had changed after the battle.

This was my first experience with fanfiction and I have to say, it was a good one. The plot was exciting and like something that could be from the original series and the characters were all stayed true to what J. K. Rowling created.

This book is only in ebook form and it is a free download. Click here to go to the Goodreads page where you can download it.

Lucy x
Posted by LucyTregidon at 12:05 No comments: 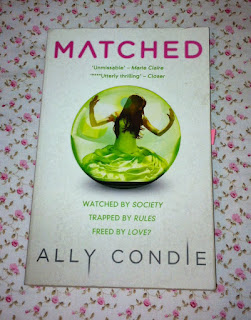 In the world 'Matched' is set in, their society controls everything from the size of their meals to the person they marry. On her 16th Birthday Cassia is excited to meet her match who will be her perfect partner for life, however she quickly finds herself falling for someone else and begins to feel the urge to make her own decisions.

I didn't know what to think going into this book as I had seen both good and bad reviews but overall I did like it quite a lot. I thought the concept was really interesting and it was different to other books I thought would be similar (for example, Delirium by Lauren Oliver) due to the way the society was constructed. I found that element in particular really interesting and it'll be interesting to see in the others in the series how this society element develops.

I got this for Christmas (it's taken me ages to get round to reading it, I know) and while it maybe isn't something I'd chose for myself, I really enjoyed it and will read the others in the series! The only reason I didn't give it a higher rating is because I didn't find it particularly gripping and it seemed to take me a long time to read it.

Lucy x
Posted by LucyTregidon at 17:29 No comments:

Love is the Higher Law by David Levithan 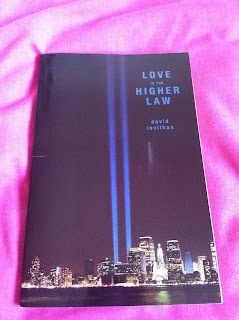 Love is the Higher Law follows the story of 3 very normal teenagers living in New York and their experiences with 9/11. The description on the back of the book says "On 9/11, thousands of people died... but millions upon millions came together in ways they never would have imagined." and I feel that really sums up the story.

This novel very much focuses on the attitudes of New Yorkers during the horrific time and the ways in which they joined forces rather than the catastrophic events of September 11th 2001. The 'author's note' at the end of the book explains how David Levithan was in New York at the time and this seemed to give him the perfect perspective to write this novel.

Personally, I was alive during 9/11 but I was too young to remember it. Because of this, I found this novel really interesting as I found it explained what it was like in New York during the time and immediately afterwards in a way that news clips and reports can't. Love if the Higher Law is one of the most believable novels I've read in a long time and I felt like I was reading personal accounts from real people rather than the story of 3 fictional characters.

I honestly can't recommend this book highly enough. It was a quick read but is definitely the kind of book you will think about after finishing. I am amazed at the fact I haven't heard much about this book and it definitely deserves more attention. This is another of David Levithan's books that I have fallen in love with.