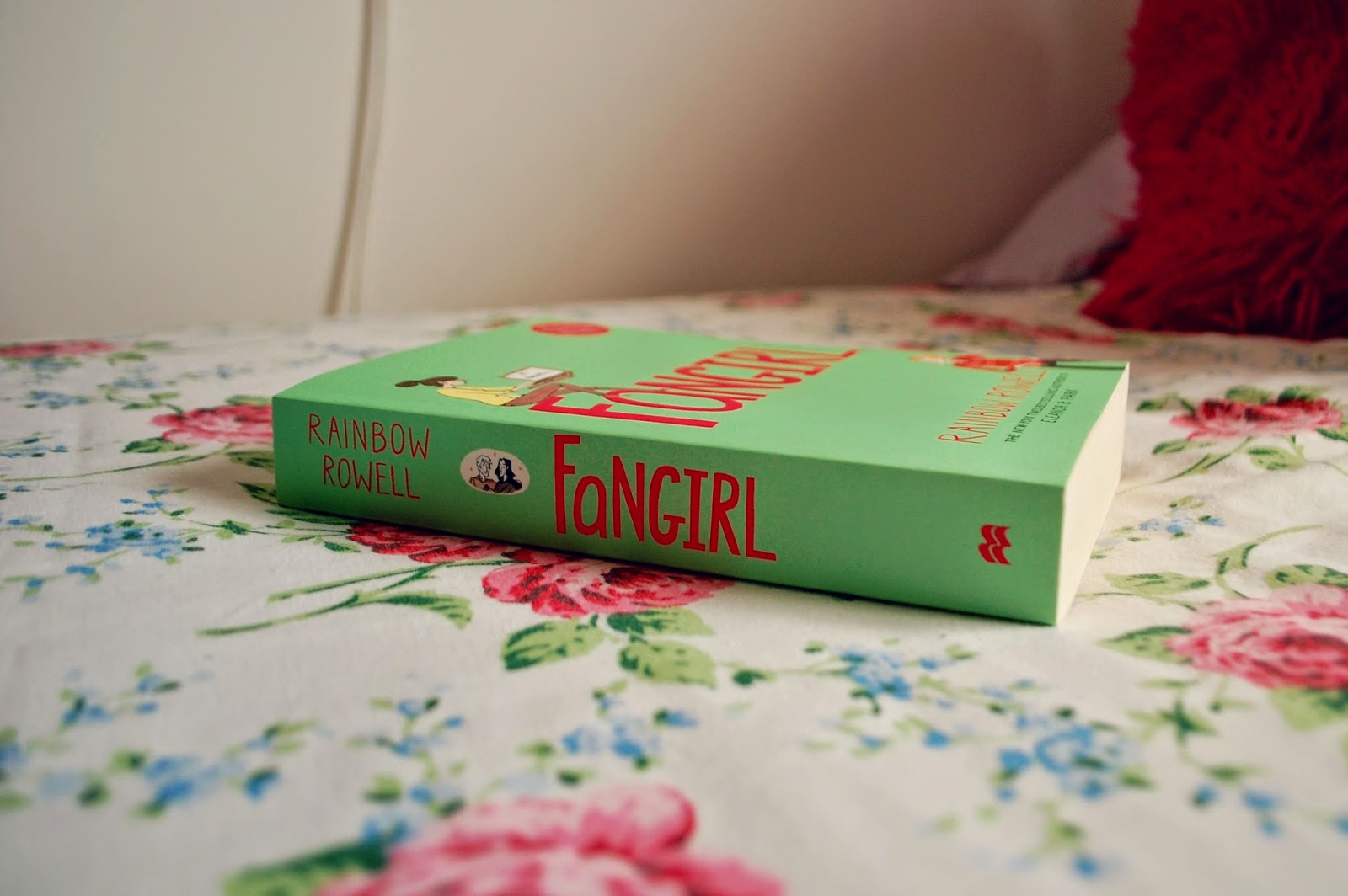 I know I'm a little late to the party on this one but oh my goodness this book is brilliant. And exactly what I needed right now.

For those of you who have heard about this book but aren't clear about what it's about (I wasn't before I read it I'll admit) here's a very brief plot run down for you. Cath and Wren are twins who have always been inseparable. Fangirl starts when they first arrive at college (or univerity for us Brits) and they have been roomed in not only different rooms but different buildings due to Wren feeling she needs a bit more space, space that Cath isn't sure about. While Wren settles in to university life straight away, Cath doesn't. She struggles with her room mate initially, finds it very difficult to make friends and buries herself in the safety and familiarity of the online world instead. While her sister and  roommate are at parties, Cath is at home writing fanfiction about the Simon Snow stories (which bare a remarkable resemblance to Harry Potter). Fangirl follows Cath through her first year at university as she slowly gets used to all the changes, despite several major knock-backs.

This book probably isn't anywhere near as good to those people who have little to no knowledge of fanfiction or the concept of a fandom (particularly an online one) but as I know at least a bit about both I found it brilliant. I think part of the reason I loved it so much is because Cath is such a believable character. She finds it hard moving to a new place and meeting new people and starting everything from scratch. She's not perfect with the idea of relationships and struggles with opening herself up to it. She worries about things a lot. That's what makes her so great.

Cath isn't the only character in this book I fell completely in love with but as I don't want to give away any spoilers I won't say any more, I just felt the review would be incomplete without a little mention of him. If you've read it I'm sure you know who I mean.

Have you read Fangirl? Did you like it as much as I did? Let me  know what your opinion of it was in the comments below! Feel free to leave me any suggestions based on this too, I have a weakness for this type of book.