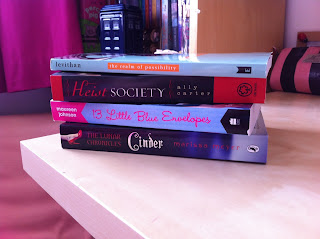 I've found that recently I haven't been reading as many books as I could be. I'm not sure whether this is because I feel that with studying for my GCSEs I've been reading too much as it is or whether I've just lost the motivation due to being busy at the moment but, either way, I thought it's time to fix that. The way I decided to fix it was by buying some books I've wanted to read for a while that will hopefully get me excited for reading again. 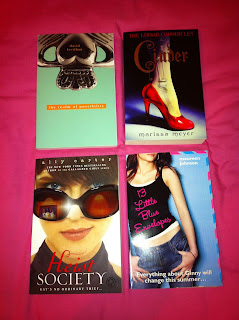 I ordered 4 books, one of them from thebookdepository.com and the others from amazon. When I was deciding which ones to get I chose ones that either I've wanted to read for a while or ones that I've seen lots of good reviews about whether it's a written review or a review on YouTube. 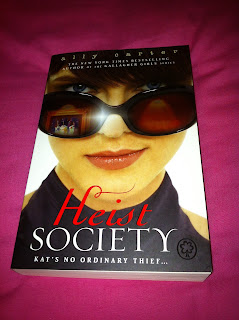 'When Katarina Bishop was three, her parents took her to the Louvre...to case it. For her seventh birthday, Katarina and her uncle travelled to Austria... to steal the crown jewels. When Kat turned fifteen, she conned her way into the best boarding school in the country, determined to leave the family business behind. But now her dad's life is on the line, and Kat must go back to the world she tried so hard to escape...'

The first book I got is Heist Society by Ally Carter. After reading Ally Carter's other series The Gallagher Girls series and loving it, when I saw many good reviews of this series I had to read it. I decided to only get one other them although I'm sure I'll be ordering the others as soon as I finish it. 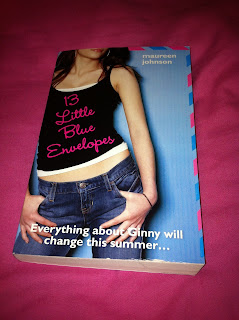 Being the massive John Green that I am, I'm actually surprised that I've managed to go this long without reading a Maureen Johnson book. I've wanted to read one of her books since I first heard about them last year and I finally got round to buying one. 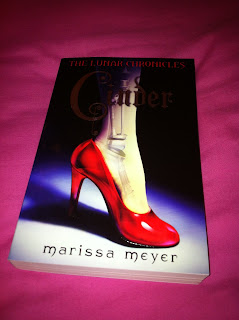 'Cinder: a gifted mechanic in New Beijing, is also a cyborg. She's reviled by her stepmother and blamed for her stepsister's sudden illness. But when her life becomes entwined with the handsome Prince Kai's she finds herself at the centre of a violent struggle between the desires of an evil queen - and a dangerous temptation.'

Over the past few weeks I've seen so many people getting really excited by Scarlett, the second book in this series by Marissa Meyer. I thought I'd look a little more into the series and see what it's about and when I discovered that it was a futuristic re-telling of Cinderella I knew I had to read it. I've wanted to read a re-telling of a fairy-tale for a while and I hope this one's worth it! 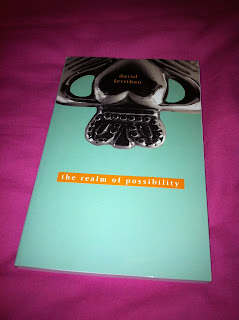 'There's the girl who is in love with Holden Caulfield. The boy who wants to be strong who falls for the girl who's convinced she needs to be weak. The girl who writes love songs for a girl she can't have. The two boys teetering on the brink of their first anniversary. And everyone in between.'

I actually found this book via tumblr when I saw a photo of a book that contained a really lovely quote. When I found out that it was written in verse it made me want to read it even more. I've thought about reading something that's been written relatively recently but is written in verse for a while and this seemed like the perfect opportunity!

So that was a little insight into why I chose the books I did and the blurb from the back of each one. I'll be reviewing these books after I finish them so keep a look out for that if you're interested in getting any of them. Also, if you've got any suggestions for books I should get in the future please let me know! I'm always on the lookout for more!

Posted by LucyTregidon at 22:01

Email ThisBlogThis!Share to TwitterShare to FacebookShare to Pinterest
Labels: haul