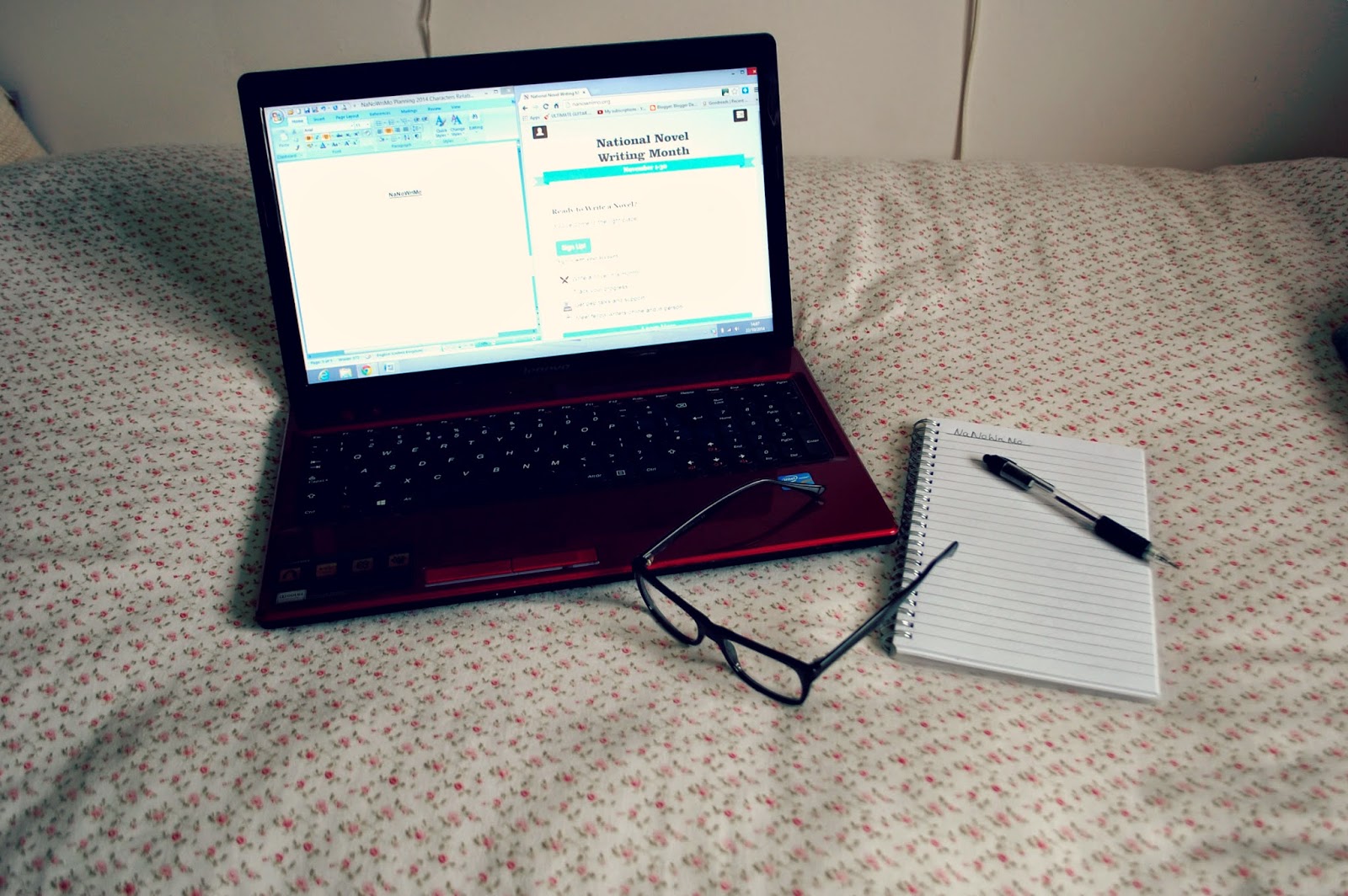 For those of you who may not have heard of NaNoWriMo before, it is 'National Novel Writing Month' and the aim is to write 50,000 words in the month of November. For more information check the website here.

Back in 2012 I attempted NaNoWriMo and it's safe to say it didn't exactly go to plan. I didn't even get a fifth of the way through the word goal and if I remember rightly my story was, to be quite honest, horrendous. While I wanted to attempted it the following year I was just too busy and I knew there was no point even trying it, as I did not physically have the time to write due to school being pretty hectic at the time.

But that leads us to this year, where I have a lot more time and have found friends who also thought it would be fun to attempt NaNoWriMo 2014 so after a few conversations about it and setting up a Facebook chat between the three of us, we have decided to do it and motivate each other. I think one of the issues I had back in 2012 is that no one knew I was doing it, meaning I had no one to motivate me when I was finding it difficult to write. I was so worried about not finishing it that I decided the best option was to not tell anyone I'd started it. This year I've decided that I'm not going to do that. While it would be annoying if I don't manage to finish it, that's not the point for me. I love to write, as you can probably tell my the fact I run four separate blogs, but I've never seriously attempted writing something as long as a novel, so this will be a very new experience for me!

If you're looking for a writing buddy, feel free to add me as one!

Have you done NaNoWriMo before? Are you attempting it this year? If you've got any tips for me leave them below! I have a feeling I'll need them!